* ESB Retired Staff Association (ESBRSA) have organised a protest in support of a pension increase and pensioner’s rights, to take place at Dail Eireann, Kildare Street at 12 Noon on 27th March 2019

* ESB Pensioners are now in dispute with ESB and the Trustees of ESB Defined Benefit Pension Scheme but as pensioners we do not have procedures available to us to assist in achieving fairness and justice for our members. It is within the remit of the Minister for Employment & Social Protection to establish these procedures for representation & arbitration.

* Access to the Industrial Relations Machinery of the State is a basic right for workers and former workers whose contract of employment with their employer/former employer is binding, both in employment and retirement

* Government is a 95% shareholder in ESB

* After a 10-year pension freeze ESBRSA submitted a claim for a 7.7% pension increase last August which is in line with what ESB employees have received between 2015 & 2017. This was rejected.

* Both ESB and Pension Scheme Trustees have refused to engage with ESB Pensioners on the issue of a pension increase.

* ESB Pensioners are being bound by the terms of a 2010 Pensions Agreement, negotiated between ESB Management and Unions, representing serving employees, long after many pensioners retired, an agreement to which pensioners had no input and did not vote on its terms.

* ESBRSA want traditional linking of pensions and employee salaries restored. This was custom and practice for more than 40 years up until 2010 and was fully supported by ESB Chief Executives and Senior Management.

ESB Retired Staff is now in dispute with ESB and the Trustees of ESB Defined Benefit Pension Scheme but as pensioners we do not have procedures available to us to assist in achieving fairness and justice for our members.
A claim for a pension increase of 7.7% has been lodged against both ESB and ESB Defined Benefit Pension Fund, jointly and severally. We have been offered one fifth of one per cent (0.2%), which on the average ESB pension of €26,000 amounts to €52 per annum, or €1 per week – a derisory offer after nearly 10 years of a pension freeze. The State Pension has increased by 9% between 2010 – 2018 – €1,000 per annum, or €20 per week. Most ESB pensioners don’t have a State Pension.

Staff in ESB received salary increases of 7.7% over a 3-year period 2015 – 2017. Prior to 2010, traditional indexing of pensions applied to pensioners with pensions linked to staff salaries increases. ESBRSA want restoration of this traditional indexing, which was custom and practice in ESB for over 40 years up to 2010.

No Legal Protection for Employees & Pensioners

There is no guaranteed protection for employees and their pension rights in Irish Law.
The Government currently have a Bill entitled “the Social Welfare, Pensions and Civil Registration Bill 2017, before the Oireachtas. It is at Committee stage with amendments likely to go before the Committee after the summer recess.
The proposals to be introduced at Committee stage include a 12-month notice period if an Employer intends to cease contributions to their Pension Scheme but there is nothing to prevent an Employer “walking away” from their Pension Schemes after the 12-month notice period
There must be financial consequences for Employers who abdicate responsibility for their Pension Schemes and fail to make contributions to resolving deficits that arise in their Schemes and that consequence should be a resulting debt on the Employer for the amount of the unresolved deficit. IBEC, the Employer lobby, are working hard to prevent this happening. They cannot be allowed to succeed. This debt on employer concept must be enshrined in Irish Law. Remember the Waterford Glass and Irish News & Media pensioners. We cannot have a repeat of these situations.
The Government launched the well-publicised “Roadmap for Pensions Reform” earlier this year. They propose to introduce auto enrolment for a new Government backed Pension Scheme in 2022. One cannot honestly expect workers to sign up to a new Pension Scheme unless existing pensioners are fully protected in law. The Government needs to wake up to this fact and ensure that the law fully protects employees and their pension rights.

A group of the major Semi-State Companies Pensioner’s Associations has formed to counterbalance representations made by IBEC and Semi State Employers on the Social Welfare, Pensions and Civil Registration Bill 2017, seeking to enhance their credit ratings by removing the debt on Employer Obligation from the Bill and so jeopardising pensioners rights.

Letters to Media re no coverage 5th March, 2015

IMMORAL TO CHANGE THE ENDGAME RULES 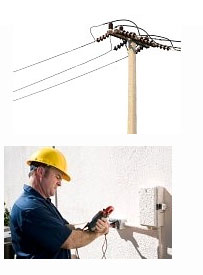 POSTS VIEWABLE ON ALL PAGES